Cropping characters and use

with white flesh. It is still cultivated in some parts

of the south of France. 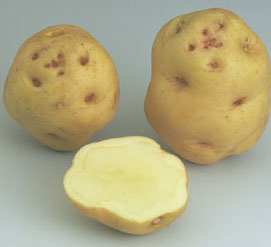 Picture of potatoes Seed on our website Buy Seed Potatoes