cropping and use characters

sensitivity to sprouting: Rather slightly susceptible.

average maturity variety, productive, with large tubers appearing well suited to industrial processing, despite a solids content rather lower than Bintje. It is susceptible to common scab 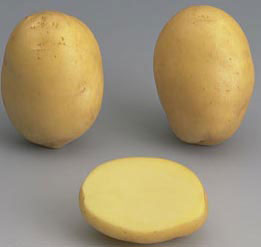